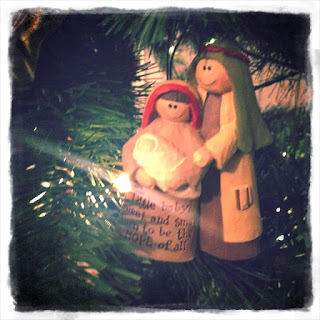 Of the Father’s love begotten,
Ere the worlds began to be,
He is Alpha and Omega,
He the source, the ending He,
Of the things that are, that have been,
And that future years shall see,
Evermore and evermore!

At His Word the worlds were framèd;
He commanded; it was done:
Heaven and earth and depths of ocean
In their threefold order one;
All that grows beneath the shining
Of the moon and burning sun,
Evermore and evermore!

He assumed this mortal body,
Frail and feeble, doomed to die,
That the race from dust created,
Might not perish utterly,
Which the dreadful Law had sentenced
In the depths of hell to lie,
Evermore and evermore.

O that birth forever blessèd,
When the virgin, full of grace,
By the Holy Ghost conceiving,
Bore the Saviour of our race;
And the Babe, the world’s Redeemer,
First revealed His sacred face,
evermore and evermore!

This is He Whom seers in old time
Chanted of with one accord;
Whom the voices of the prophets
Promised in their faithful word;
Now He shines, the long expected,
Let creation praise its Lord,
Evermore and evermore!

Hail! Thou Judge of souls departed;
Hail! of all the living King!
On the Father's right hand throned,
Through His courts Thy praises ring,
Till at last for all offences
Righteous judgement thou shalt bring,
Evermore and evermore.

Christ, to Thee with God the Father,
And, O Holy Ghost, to Thee,
Hymn and chant with high thanksgiving,
And unwearied praises be:
Honour, glory, and dominion,
And eternal victory,
Evermore and evermore!

(Yes, the translation in the recording is a bit different from the one I've used here, but the Sir David Willcocks arrangement more than makes up for that.)