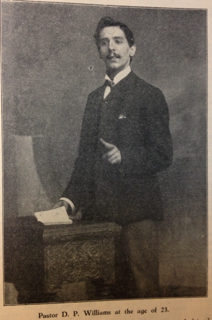 Christ is dead. But in Death He is made alive! By His Life He has abolished Death. He walks down to its lowest caverns. He hurls open the gates of death and takes away the Keys of Death and Hell from the god of the underworld, Satan.

Before the rising of the sun, behold, to the amazement of all His disciples and acquaintances, He is risen, and is alive for ever more. All His declarations concerning His triumph and victories have been actually fulfilled. He was declared to be the Son of God by the resurrection from the dead. His Father vindicated His Life and Death. By His atoning sacrifice on the Cross, He vanquished all His enemies, He satisfied infinite demands of justice on the other. The law had no right, no claim to His life, but, having come as a Substitute for sinful men, He atoned for them, in order to be their salvation. The Law demanded His life as such Substitute and Surety, therefore the curse of the Law fell upon Him. He obeyed even unto death (Gal. 3:13). ‘Christ hath redeemed us from the curse of the law’.