Calvary is Older than Everything Else 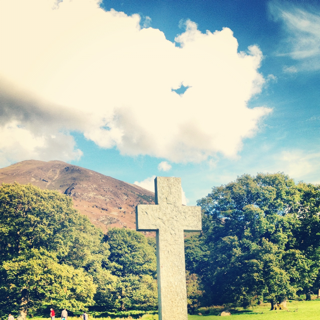 Calvary is the basis and ground of human hope and Divine purpose. It is the axle of the whole universe. Not only is Calvary the centre of the created universe, but Calvary is the centre of the Divine Nature. Calvary is tabernacled in the heart of God. Calvary is older than the universe; before the mountains were brought forth, before the stars were rolled into their wondrous paths; before the first ray of light shot through the gloom, God had fore-ordained the Lamb in the Eternal counsels of Eternity. In other words, the idea of sacrifice stretches forth from eternity to eternity. It is not an after-thought of God because of the calamity of sin. Calvary is older than everything else. Calvary is not built on Leviticus; rather, Leviticus is built on Calvary. During the forty days Moses was on the Mount, God revealed to him the Eternal Reality and Substance; He revealed Calvary and all that it meant. Then as he came down and built the tabernacle, and established the priesthood, all was the outward expression of the Eternal Realities. Calvary was older than Leviticus, older than the Mosaic Law. It is embedded in the very depths of the Godhead.