Of worship and Jesus (with John Calvin, Hillsong, and Sydney Anglicans thrown into the mix!) 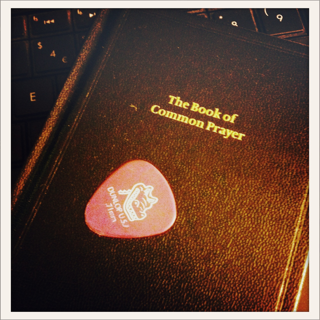 I imagine Hillsong and Calvin don’t often make it into the same article. But here goes! As Monday was a bank holiday, I got to do a bit of fun reading (which just so happened to be Book 2 of Calvin’s Institutes) and I could do a bit of leisurely clicking on twitter links too (one of which happened to be about Hillsong). So since then, I had a strange combination of Calvin and Hillsong going round in my head!

Book 2 of the Institutes is good, because it’s about Jesus. Yes, there’s a good bit of discussion about the sinfulness of human nature, the relationship between the Testments, and the Ten Commandments, but the overall theme of Book 2 is ‘The Knowledge of God the Redeemer in Christ’. And at one point, as he’s discussing our need of Christ as Mediator, Calvin writes, ‘No worship has ever pleased God except that which looked to Christ’ (Inst., ii.vi.1). Now, Calvin’s particularly thinking backwards at this point to the Old Testament; true worship in Old Testament Israel was not Christless, but looked forward to the promised Lamb of God. Yet, even though he was particularly thinking backwards, Calvin’s statement is just as true applied forwards as well. Even today, and for all eternity, the only worship which pleases God is worship which looks to Christ.

And that’s what 16th Century Geneva has to do with 21st Century Sydney. An article appeared in The Briefing on Monday (that journal which, at least on this side of the world, seems inseparably linked to Sydney Anglicanism) on Hillsong. Now, although half a world away, the impression which has always radiated out from Sydney is that Sydney Anglicanism and Hillsong are poles apart in their approaches to just about everything. The Briefing has been scathing about Hillsong in the past. But this time the review of this last Hillsong conference was a bit different. Yes, it was still poles apart from the worship of Sydney Anglicans, but this time the writer (Sam Freney) had some positive things to say:


Surprisingly, at least to me, the lyrics were also really (really) good. The 2012 album Cornerstone contains some cracking songwriting that matches or exceeds the level of songs I would sing at my own church. The music covered more elements of Christianity than any other part of the conference… We sang about Jesus’ death and resurrection ... In fact, I heard a senior Hillsong pastor talking about the very involved process they’ve now instituted for approving songs, and one of the checks is how much it talks about Jesus. Simple stuff, really, but if you’ve heard as many vague songs about something God-related as I have—including from Hillsong in the past—it’s a step you’ll appreciate… By far and away the best articulation of orthodox Christian belief over the entire conference was one song, ‘Beneath the Waters’. It out-stripped anything else on the platform by a long way in speaking about sin, judgement, salvation, resurrection, and hope.

So, back to the Briefing, and, for that matter, back to Calvin – what was good about the songs was that they were about Jesus. ‘We sang about Jesus’ death and resurrection … one of the checks is how much it talks about Jesus.’ As Calvin wrote, ‘No worship has ever pleased God except that which looked to Christ’. Ultimately it’s not the style of our worship that matters, but the focus. The main question is ‘Are we looking to Christ?’ So, whether we worship in the style of a Hillsong Conference or in the style of the Sydney Anglicans; or, to put it in more UK Apostolic terms, whether our singing on Sunday morning is accompanied by a piano and the Redemption Hymnal or a guitar band with words written only a few months ago on the projector, what’s important is that our singing (and we ourselves) are focused on Christ, our crucified and risen Saviour. He is our life, our salvation, and our joy. He is the one who brings us into the Father’s presence. He is the One through whom alone we worship.

The Briefing had a few other good things to say about Hillsong as well, which I won’t rehearse, as you can read the article for yourself (and do read it, it’s well worth considering). Yet, in the end, the verdict isn’t favourable. But, if the worship is so good, how can that be?

Well, you see, worship is more than singing! Yes, the songs were about Jesus, but the preaching wasn’t.


Almost the only references to salvation from sin were in the songs. (They weren’t in the preaching.) The extent of the lordship of Jesus was something we sang about, but didn’t hear about much elsewhere. We sang about Jesus’ death and resurrection, but heard precious little of the cross from the platform.

Preaching is worship too. As we proclaim and receive God’s Word, we’re worshipping. And in that aspect of our worship, just as much as in the songs, we need to look to Christ. Jesus is the Word, and in the sermon part of our worship we receive Jesus proclaimed biblically.

On a Sunday morning when my church gathers to worship, I want Christ to be the focus of all we do. So, in prayers, Scripture readings, the sermon, the singing, the gifts, and at the Table, we look to Christ. And that is worship. The worship that pleases God (to borrow Calvin’s way of putting it), isn’t a spiritual feeling or an exciting meeting, but seeing and responding to the Lamb of God who takes away the sin of the world.
Labels: Calvin church Jesus preaching worship