Of Porsches, Faith, and Storming Out of Sunday School 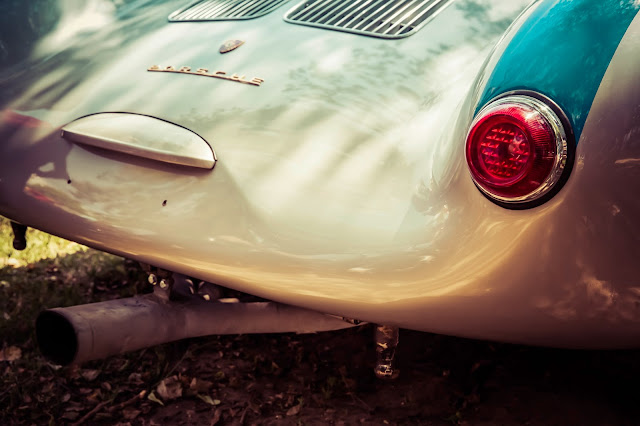 When I was a child, an undisclosed friend/relative of mine once walked out of Sunday School. We were in the United States, and had been invited along to a service at a friend’s mega-church one Sunday evening, so this undisclosed friend/relative and I were in said mega-church’s Sunday school when the Sunday school teacher started to “teach” us about the power of faith.

Jesus, you see, says that ‘If you can believe, all things are possible to him who believes’ (Mark 9:23). The Sunday School teacher decided that this must mean that if we just believed hard enough we could have whatever we wanted.

So, he himself was, he told us, going to get a Porsche, and told us the whole story of how he had been convicted of his terrible sin of unbelief, because he was sinfully only believing for a useful family car before. But, it was okay now, because “the Lord” had spoken to him to make sure he knew that wasn’t enough: to tell him that he had to believe for what he really, really wanted deep down in his heart. And so he’d upgraded his faith to a Porsche. And we should all do the same and start believing for what we really want, because then we’d get it.

At this point my undisclosed friend/relative decided that grumbling to me about how awful this was was insufficient and saw no other course than to walk out of the Sunday school. (I assure you, it wasn’t me: I was far too polite and British to do such a thing!) The eight year-old showed greater wisdom and discernment than the Sunday school teacher by refusing to sit any longer under such unbiblical nonsense.

Jesus has already chastised the gathered crowd for their lack of faith in Him. When he came down from the mountain, ‘Immediately, when they saw Him, all the people were greatly amazed, and running to Him, greeted Him’ (Mark 9:14). They were in the middle of disputing over the lack of healing of a little boy, but they abandon the dispute and the boy and run to Jesus. Jesus is the Healer, and yet they don’t even think to bring the boy to Him until he rebukes them for their lack of faith and commands them to bring the boy: ‘O faithless generation, how long shall I be with you? How long shall I bear with you? Bring him to Me’ (Mark 9:19).

The whole context shows us that it’s Jesus Himself who is the true object of faith. We’re not called to believe in health, or healing, or blessing, but in Christ. Faith is not how good we are at believing that something is really going to happen (that the boy is really going to be healed), but clinging to Christ, depending on Him alone.

‘Immediately the father of the child cried out and said with tears, “Lord, I believe; help my unbelief!”’ (Mark 9:24)

The prayer of faith is a prayer of desperation: the man cries out to Jesus with tears. There’s no triumphalism here. There’s no denial of the reality of the severity of the boy’s condition. Instead, in tears, he looks to Jesus as his only hope. He pleads for help from the only One who can help.

The prayer of faith is a prayer that relies completely on Jesus. The man doesn’t come to Christ saying: look at my great faith. No! Far from it! He acknowledges the weakness of his faith and that even the little faith he has comes only as Christ’s gift. So, He humbles himself before the giver of faith who is the object of faith, and cries out in desperation for faith in Him.

This is the prayer of faith. Not a prayer rooted in how much faith we have, or how strong our faith is. But a prayer of desperation, looking to Jesus as our only hope, and relying entirely upon Him (even for the very faith to pray). Faith isn’t some sort of impressive quality in us that we show off to the Saviour. No! Faith is simply the empty hand that lays hold of Christ.

And this is the sort of faith through which Jesus tells the man ‘all things are possible.’ So, does that mean the man could have got a Porsche instead of seeing his son healed? Not at all. ‘All things’ has a context too. The man has asked Jesus, ‘if You can do anything, have compassion on us and help us’ (Mark 9:22). And Jesus replies that, ‘If you can believe, all things are possible to him who believes.’ The ‘all things’ of verse 23 refers back to the ‘compassion’ and ‘help’ of verse 22. All compassion and help are available to those who believe in Jesus Christ. That’s what Jesus is saying to the man here. And that’s what the man finds, as his son is healed and delivered when he brings him to Jesus in faith.

Mark 9:23 is not an excuse for indulging in the sin of covetousness (and thus breaking the 10th Commandment). Rather, it’s a call to trust in Jesus, no matter how difficult or seemingly impossible our situation might be.

(So, if I ever go mad and start saying that you should all be believing for Porsches, then follow the discerning wisdom of my 8 year-old undisclosed friend/relative and just walk out!)