Pentecostals and the Creed 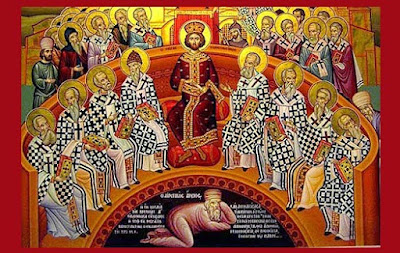 What’s the relationship between Pentecostals and the Creed? Many people in Pentecostal churches have never heard the Creed, and some are even suspicious of it. The Creed, some people think, sounds like something Catholic, and so maybe a bit suspect. Or, others think, it sounds old-fashioned and irrelevant for a contemporary missional movement, and so maybe don’t give it a second thought. Yet, although that may be how some people think about the Creed, that’s probably got much more to do with the fact that the Creed is rarely mentioned or known among large sectors of Pentecostalism, than to do with any particularly Pentecostal attitude to the Creed.

Well, in the Apostolic Church, for example, the three historic Creeds of the Church (the Three Ecumenical Creeds), weren’t thought of as something we could adopt, because adopting them would imply that we didn’t already hold to them. Rather than statements of faith which we adopt, the Creeds are deposits handed down to us. So, for the early Apostolics, to depart from the Creeds in any way was to depart from orthodox Christianity and cease to be a Christian church. When doctrinal discussions arose in our early Councils, the Three Creeds were frequently cited, and viewed even as a higher authority than our own Tenets; the Tenets were always to be understood and explained in light of the Creed.

So, in the records of past Councils of the Apostolic Church (and even in the records of the odd heresy trial here and there), the Apostles’ Creed, the Nicene Creed, and the Athanasian Creed are all freely cited, and continually regarded as the basis of orthodox Christianity.

For the Apostolic Church, what they often referred to as ‘the Orthodox Creed’ (meaning the Apostles’, Nicene, and Athanasian Creeds, together with the Definition of Chalcedon) are a given for “the orthodox church,” defining our theology and terminology, as they “direct the Church and protect it from errors that would have driven the Church here and there” (Council Minutes, 1929). The Council of the Apostolic Church declared that “it would be better for us to lose an assembly or a mission field than to lose the doctrines that the Lord has laid down,” which, in the context, referred both to our Tenets and to the historic Creeds of the Christian Church.

And it’s not just an odd Apostolic anomaly: other Pentecostal churches take a similar view of the Creeds. The International Pentecostal Holiness Church, for example, introduces itself as having “roots in historic Christianity as we affirm the Apostles’ Creed, the Nicene Creed, and the Definition at Chalcedon.”

So, although the Creeds themselves may (alas) be unfamiliar to many Pentecostals, that doesn’t mean that Pentecostal churches reject or have no place for the Creeds. As Keith Warrington puts it, Pentecostals have “(often unknowingly) affirmed the classical creeds, adopting the orthodox beliefs of the Western Church, as defined by the Council of Nicea” (Pentecostal Theology, p.29).

And it’s not only in terms of official theological beliefs that the Creeds have a role in Pentecostalism. The Creeds (particularly the Apostles’ Creed and the Nicene Creed) have also had a significant role in the prayer-life of Christians and the worshipping life of the church throughout the centuries. And Pentecostals aren’t excluded from that.

A few years ago, I bumped into a mixed group of Pentecostals of various generations when I called round for a cup of tea at a friend’s house, and somehow the discussion turned to praying the Lord’s Prayer. Sitting in the corner was a retired and well-respected apostle, who suddenly said, ‘Jonathan, I noticed when I was at a service a while ago in your church, that you said both the Lord's Prayer and the Creed.’ ‘Oh dear!’, I thought, wondering if I was going to get told off for something that didn’t seem Pentecostal enough. But no. Instead of a telling off, what I got from this elderly apostle was a description of how the Creed played such an important role in his personal prayer life. And after that, several other people in the room felt free to say the same was true for them, but they’d never dared mention it to anyone else in their Pentecostal churches, because they were afraid of sounding un-Pentecostal! So, it turns out that Pentecostals do pray the Creed, they’re just often too scared to admit it because of the odd loud (and uninformed) voice, disparaging “book prayers”!

The Apostles’ Creed, Nicene Creed, Athanasian Creed, and Definition of Chalcedon are valuable treasures of the church, handed down to us from generation to generation. And we mustn’t lose sight of their value just because they are old. These Creeds protect, guard, and guide us; and they strengthen and nourish us as they point us to the truth of God’s Word in setting out a summary of the biblical truth of who our God is and what He has done for us and for our salvation.


(For a short exposition of the Good News in the Apostles’ Creed, have a look at my video from last week.)