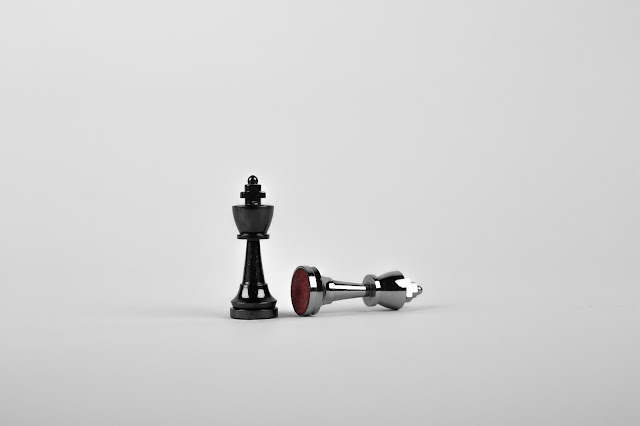 What is the Kingdom of God? All around us in charismatic and Pentecostal churches we hear talk of ‘the Kingdom’. So ubiquitous is the concept that it’s been turned into a modifier: people talk about ‘kingdom values’ or ‘kingdom life-styles’. (I’ve even encountered people who describe themselves as ‘kingdom builders’!) But does any of that really have much to do with the Kingdom?

Admittedly ‘kingdom’ is a difficult concept for most of us in the western world to get our heads around today. Although some of us might live in kingdoms, the concept of the kingdom has become less and less tied to the person of the king (or in our case in the United Kingdom, queen). We might be more likely to associate the kingdom with the territory, or the people, or the government, than with the person of the monarch.

But that’s not to simply equate Christ’s Kingdom with His rule or reign. He rules and reigns over all things as Sovereign Lord of heaven and earth. Yet, when the Bible speaks of His Kingdom, it isn’t referring to His sovereign rule over everything. Otherwise how could the Kingdom be ‘at hand’ (e.g. Mt 4:17), or entered into (e.g. Mt 5:20; 7:21), or prayed to come (Mt 6:10), or sought (Mt 6:33), or inherited (Mt 25:34)? By thinking in terms of Kingship, hopefully that will help us to see His Kingdom as more tightly tied to His person than to the sphere of His authority.

The early church recognised that the Kingdom wasn’t an obvious concept, and so they saw that to understand the Kingdom, we need to find out how Jesus Himself shows us what the Kingdom is in the Scriptures, rather than relying on our own concepts of what a kingdom could be. So, they turned to the Gospels, because there Jesus tells His disciples that some of them will ‘see’ the Kingdom before they die. ‘But I tell you truly, there are some standing here who shall not taste death till they see the kingdom of God’ (Lk 9:27; cf. Mt 16:27-28).

The Kingdom, Jesus says, is something that could be seen, and that was seen by some of His disciples. So, when did they see it and what did they see? The answer comes in the verses which immediately follow: in Christ’s Transfiguration.

In the Transfiguration, Peter, James, and John ‘saw’ the glory of the majesty of Christ. They ‘saw’ His Kingship – His Kingdom, for they saw with their very eyes that they were indeed in the presence of the King.

Here’s what Cyril of Alexandria had to say about how they saw the Kingdom:

But by the kingdom of God He means the sight of the glory in which He will appear at His manifestation to the inhabitants of earth: for He will come in the glory of God the Father, and not in low estate like unto us. How therefore did He make those who had received the promise spectators of a thing so wonderful? He goes up into the mountain taking with Him three chosen disciples: and is transformed to so surpassing and godlike a brightness, that His garments even glittered with rays of fire, and seemed to flash like lightning. (Cyril of Alexandria, In Luc. Sermon LI)


A few centuries later, Gregory Palamas made the same observation:

What does the preceding statement indicate, where the Saviour, in teaching His disciples, said to them: “For the Son of Man shall come with his angels in the glory of His Father,” and further: “Again I say to you, there are some standing here who shall not taste death, until they have seen the Son of Man coming in His Kingdom” (Mt 16:27-28)? That is to say, it is the Light of His own forthcoming Transfiguration which He terms the Glory of His Father and of His Kingdom. (Gregory Palamas, Sermon on the Transfiguration)


Ephraim the Syrian made a similar point:

He led them up the mountain and showed them His Kingship before His passion, and His power before His death, and His glory before His disgrace, and His honour before His dishonour … And so on the mountain He showed His Apostles the glory of His divinity, concealed and hidden by His humanity. For they saw His face bright as lightning and His garments white as light … And He did not display the whole depth of His glory, but only as much as the limits of their eyes could encompass. (Ephraim the Syrian, Homily on the Transfiguration of Christ)

And the glory of the King (which is His Kingdom) is a Trinitarian glory. As Martin Luther reminds us concerning the Transfiguration:

The whole holy Trinity appears here to strengthen the believers; namely, Christ in his transfigured form, the Father in the voice, and the Holy Ghost in the bright cloud. (Martin Luther, Explanatory Notes on the Gospels)


So, to see the Kingdom of God is to see the glory and majesty of the Triune God in beholding Christ our King (‘for in Him dwells all the fullness of the Godhead bodily’ – Col. 2:9).

And that’s how the Kingdom can be ‘at hand’ or ‘within’ us. Because the display of the glorious majesty of Christ’s Kingship is at hand. Because Christ the King in all His majesty and glory dwells within us. And that’s how we can enter the Kingdom: not by showing our passports to cross a border into another country, but by being united to Christ the King through faith and dwelling in Him.

And by seeing that the Kingdom is the Kingship of the King, we see that to pray ‘Thy Kingdom come’ is much more weighty a request than merely for social justice or godly laws (or any interpretation like that). For to pray ‘Thy Kingdom come’ is to pray that we would behold the Kingship of Christ: that we would see the brightness of His majesty and glory. And that includes both our salvation and His return. It includes the triumph of the brightness of the light of His glory over the darkness in our hearts and lives, and it includes the glory of the majesty of His coming with the clouds of heaven to judge the living and the dead. It includes our seeing ‘the light of the knowledge of the glory of God in the face of Jesus Christ’ (2 Cor. 4:6) and ‘being transformed into the same image from glory to glory’ (2 Cor. 8:18) now, as well as that blessed vision when we ‘we shall be like Him, for we shall see Him as He is’ (1 Jn 3:2) at His return.