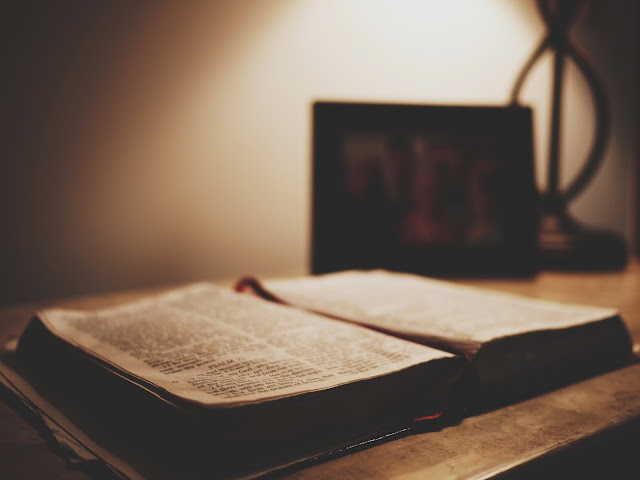 At the end of this month, people all around the world will be remembering the 500th anniversary of the Protestant Reformation. Martin Luther nailed his 95 theses to the door of the castle church in Wittenberg nearly 400 years before the beginning of the Pentecostal movement, yet Pentecostalism relies on the recoveries made all those centuries before: we believe in the supreme authority and sufficiency of Scripture, and we believe in justification by grace alone through faith alone. And without that commitment to the authority and sufficiency of Scripture, there would be no Pentecostalism: the Pentecostal connection between speaking in tongues and the baptism of the Holy Spirit came about through searching the Scriptures. (The traditional account from Charles Parham was that the students at the Bible school spent three days looking for a biblical answer to what the evidence of the baptism of the Spirit was before anyone spoke in tongues. Agnes Ozman’s account of the events is that she first spoke in tongues, and then looked to Scripture for an explanation. In either account, the authority of Scripture rather than experience was key.)

Growing up, if anyone had asked me what was the distinctive of a Pentecostal church, my first response would have been to talk about the authority of Scripture: every other Pentecostal distinctive, whether it be our belief in the Baptism of the Spirit, healing, prophecy today, or the centrality of the Lord’s Supper, flows from our confidence in the authority and sufficiency of Scripture.

And yet, when I went off to university and met lots of people from other evangelical traditions, they were often very suspicious when they discovered I was a Pentecostal, because they didn’t think Pentecostals could believe in Sola Scriptura. However, after getting to know me and other Pentecostal friends, and spending a few years in CU Bible Studies together, they discovered that their presuppositions about the Pentecostal attitude to Scripture were quite wrong. (Even my staunch, Psalm-singing Reformed friend eventually admitted that we took just as high view of the Bible as he did.)

So, in case anyone has doubts about Pentecostals and Sola Scriptura like my university friends had, let me show you what early Pentecostal writers from my own tradition (the Apostolic Church) had to say on the matter.

But first let’s clarify what’s meant by Sola Scriptura. In an article on the theme in Reformation Theology: A Systematic Survey, recently published to mark the 500th anniversary of the Reformation, Mark D. Thompson defines Sola Scriptura as ‘the conviction that Scripture stands alone as the final authority by which every other claim to Christian truth is tested’ (p.185). As the final authority, Scripture ‘does not do away with all other authorities but is the final test of them’ (p.186). Likewise, Matthew Barrett, in his recent book God’s Word Alone, explains that ‘Sola Scriptura means that only Scripture, because it is God’s inspired Word, is our inerrant, sufficient, and final authority for the church’ (p.23).

So, did the early Apostolics (as representatives of British Pentecostalism) hold to Sola Scriptura? Well, what did they have to say about the Bible?

For a start, they explicitly stated their belief in both the final authority and sufficiency of Scripture in their official doctrinal position: ‘The whole Bible is the inspired Word of God, infallible in its declarations, final in its authority, all-sufficient in its provision, and comprehensive in its sufficiency.’ Not only is the Bible authoritative, but it is the final and all-sufficient authority. This official doctrinal position is a clear statement of Sola Scriptura.

But not only was it their stated doctrinal position, it was also key to their understanding of Scripture, theological method, church practice, and pastoral care, and a principle which they repeatedly emphasised and taught.

They all believed in the verbal-plenary inspiration of Scripture: ‘Not only is the Word of God generally, infallibly inspired, but words individually and particularly also are every one infallibly inspired’ (W.A.C. Rowe). ‘The Holy Spirit is the Inspirer of every book, every chapter, every verse, and of every word of the Holy Scriptures’ (W.R. Thomas). ‘At the back of every word stands the Author Himself – the King of Glory’ (V. Allan).

As every word of Scripture is inspired, this also entailed the truthfulness of the whole of Scripture. More recently this doctrine has been referred to as inerrancy (a word which has come to us in Britain from across the Atlantic), but historically in the UK we used the word infallibility to mean inerrancy. (I point this out because in America, infallibility has sometimes been used in more recent years with a different meaning from inerrancy. The more recent American meaning shouldn’t be read back into early British Pentecostalism, where infallibility mean freedom from any error.) ‘The Bible is perfect. The Holy Spirit does not make errors and He does not include superfluous items’ (W.R. Thomas). The Scripture writers ‘wrote as [the Holy Spirit] desired and accomplished the production of the Bible without any error or defect and containing only infallible truth’ (W.R. Thomas). ‘The Bible is the infallible Word of God, revealed and uttered by the Holy Spirit’ (D.P. Williams). ‘‘The Bible is free from errors and totally reliable … When we thus attribute infalliblitity to Scripture, we mean that it is in itself true and accurate and may be trusted implicitly’ (A.H. Lewis).

As the error-free, pure Word of God, the Bible carries the authority of its Divine Author, and so ‘when God speaks we cannot disannul His Word’ (D.P. Williams). ‘The Scriptures are and must always be our authoritative basis, constant recourse and first, final and only court of appeal in the settlement and application of doctrine and of standards of conduct and principles of practice’ (W.A.C. Rowe). The early Apostolics warned of the incalculable danger of ever allowing anything else to sit on the same level of authority as Scripture. ‘The Scriptures of truth alone must be our final (as it is the Divine) authority’ (W.H. Lewis). That’s Sola Scriptura.

But how does this view of the final authority of Scripture, and the danger that comes from letting anything else rival Scripture in authority, fit together with the Pentecostal belief in prophecy today? (That’s the question all my university friends had, which had led them to assume Pentecostals couldn’t believe in Sola Scriptura.) Well, the early Apostolics continually warn that, though prophecies ‘may be of much blessing, they cannot be ranked in authority with the Holy Scriptures’ (W.A.C. Rowe). ‘Prophecy under the authority of Scripture and must be tested by Scripture. ‘The words given must always be in harmony with the words of the inspired page. If, on the other hand, any prophecy deviates in any manner from the principles laid down in the Word of God, it must not be accepted’ (T.N. Turbull). ‘But this ministry [prophecy], beneficial as it is, can never be on equality with Scripture; indeed it must ever conform to the truth and example of the Written Word and be judged by its light and standard … Hence the necessity that its subject matter be in conformity to the infallible Written Word’ (David Rennie). Prophecy is not a rival authority to Scripture, but rather prophecy must always come under the final authority of Scripture.

Another aspect of Sola Scriptura is Scripture’s sufficiency, and again, this is a characteristic of the Bible upon which the early Apostolics placed a great deal of emphasis. ‘The Bible in clarity and simplicity provides an all-sufficiency within itself, without external aid, for the salvation, sustenance and direction of the believer’s life … The Canon of Sacred Writ is all-sufficient for the personal needs of the believer and it is all-sufficient for the collective needs of the Church’ (W.A.C. Rowe). It is only ‘as we read, hear, and believe His Word, [that the Lord] guides us into all Truth’ (D.P. Williams).

Now, those are just some quotes that I was able to gather in the space of one evening from material I had at hand. And yet, even within that limited scope of reading, it’s very clear that the early Apostolics held very firmly to Sola Scriptura. And not only was it an official belief, written down somewhere on a list: it was a principle about which they were passionate, and which they wanted to make sure their readers understood. It was a key principle, not only for their theology, but for every aspect of church life. Wholehearted they would sound their Amen to Barrett’s definition of Sola Scriptura, ‘that only Scripture, because it is God’s inspired Word, is our inerrant, sufficient, and final authority for the church’ (Matthew Barrett, God’s Word Alone, p.23).