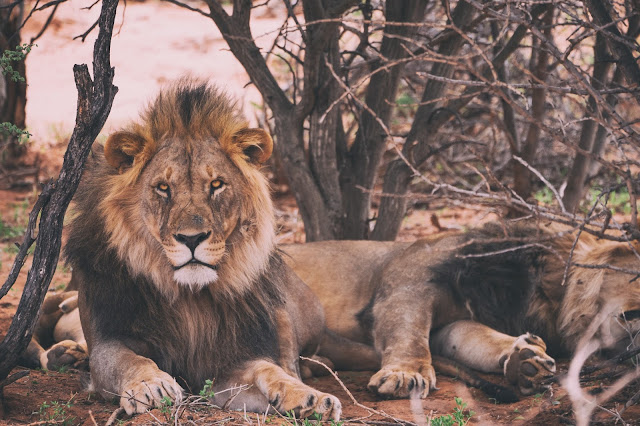 Passion’s a good thing, right? After all, it almost seems to be a prerequisite for church leaders these days, if the bios of conference speakers, authors, and other evangelical influencers are anything to go by. To be passionate about Christ and His Church, about global missions, about bringing good news to the poor and justice to the oppressed, sound like not only noble, but very good things indeed.

One of the benefits of learning from church history is that sometimes those who lived in a world very different from ours can help us to see our own blind spots. Thomas à Kempis wrote about being passionate way back in the early 1400s. But he didn’t see it as a good and noble thing. For Thomas à Kempis, being passionate was the opposite of something good and noble: being a person of peace.

A passionate man even turns good into evil, and easily believes evil. A good, peaceful man turns everything to good. He who is truly at peace, is suspicious of no one, but he who is discontented and restless, is stirred by various suspicions, is neither at rest himself, nor permits others to be at rest. He often says what he should not say, and leaves undone what it most behoves him to do. He has his mind on what others are bound to do, and does not do what he is bound to do. Therefore, first of all, be zealous over yourself, then justly you will be able to be zealous over your neighbour. (Thomas à Kempis, The Imitation of Christ, 2.3.1)

Why is à Kempis wary of zeal and passion? Because he sees in them a temptation to break the second of the two great commandments – to love our neighbour as ourselves. Passion and zeal might be the nice words, but Thomas looks at the flip-side where they can too easily end up being nice words for discontentment and restlessness. And such a discontentment – even when we don’t recognise it as such, but only see it as passion – can rob both ourselves and others of God’s peace and rest, make us suspicious of others, and make us overly concerned with what other people do or don’t do.

Thomas warns that a passionate man ‘easily believes evil’. How could that be? Well, sometimes when passions run out of control, it can be easy to impute untrue assumptions to those who don’t share our particular passion. So, for example, if our passion is outreach to a particular country or people group, we might easily assume that other believers (who don’t seem as moved as we are by that particular need) don’t care about world missions. When the reality might be that they are fervently praying and sacrificially giving towards another missionary cause on another continent. Or if our passion is children’s work, we might make the assumption that a particular church doesn’t care about evangelising children because the children don’t go out to Sunday School during the service. While the reality might be that they’ve made the decision to keep the children in the service precisely because of how much they care about children’s evangelism.

Sometimes our passions can blind us, and let us assume that our way is the only way and that people who don’t do it our way just don’t care. But when we allow that to happen we are easily assuming evil. When we allow that to happen, we have our ‘mind on what others are bound to do, and [do] not do what [we are] bound to do.’ For what we are bound to do is love the Lord, love one another, and love our neighbour. (And it’s hard to love one another when we’re too busy getting annoyed at one another for not sharing the same passions in precisely the same way!)

À Kempis helps us to see one of our present-day blind spots. For today, it’s not only in Christian circles where the authors and conference speakers are passionate; outside the church, and far from Christianity, the authors and conference speakers are passionate too. So if the 21st century Western church and 21st century Western secular culture both agree in their desire for ‘passion’, but the 15th century church says the exact opposite, then perhaps the longing for people with passion owes more to 21st century Western culture than it does to Christianity. Perhaps it’s an example of a way in which the world influences the church. Perhaps, rather than something to be taken for granted as good and noble, it’s something over which we should be exercising more discernment, to ensure that peace is not lost to passion, and that the passion held out as a good thing in the church isn’t moulded by the prevailing culture, but by the cross of Christ.

(By the way, every time the Bible uses the word ‘passion’ it’s in a negative way! In the Bible, passion is never used in a good way. Unless you’re reading the Authorised Version, in which case the word passion is only used once, and that in its older sense meaning ‘suffering’, and referring to Christ’s suffering in our place. That’s the good sort of passion in Scripture.)