Let's Leave Nashville to the Americans: Some Qualms About the Nashville Statement 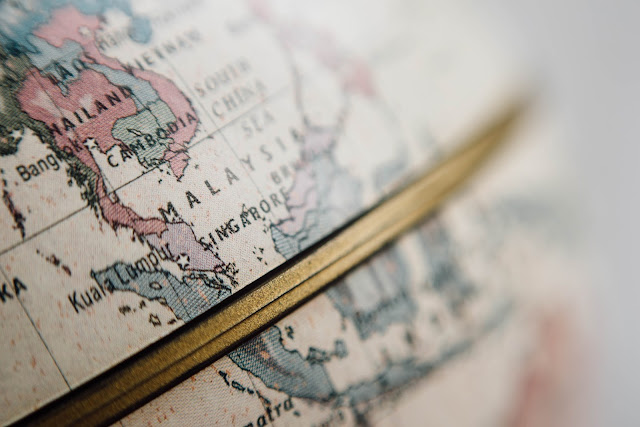 I have a friend who left the evangelical church because of sex. Actually, I’m sure I have a number of friends who have left the evangelical church because of sex, but this particular one left in the opposite direction. He left, not by abandoning the faith, nor by finding a more liberal church, but rather, in search of something more biblical – and in many ways more conservative – when it came to the church and sex. He left, not because he wanted permission to abandon the Bible’s teaching on sex, but because he was convinced that the evangelicalism he’d experienced had a double-standard when it came to sex: one sexual sin might be seen as beyond the pale, but another as lamentable yet inevitable. (To be fair, sex wasn’t the only reason for his leaving, but it was one of the contributing factors.)

So, if those anecdotal accounts from two continents are in any way typical, it might suggest that the biggest sexual sin that evangelical churches need to address today is pornography. Which is one of the reasons why I’m wary of the Nashville Statement which has been hitting the headlines this week.

1. Singling Out of Other People’s Sin and the Danger of False Hierarchies of Sin

A few years ago, due to changes in the marriage laws in England and Wales, the Apostolic Church in the UK (along with many other denominations), had to draw up a statement of its doctrine on marriage. While several denominations added a clause to their constitutions or to their statement of faith to define marriage as between one man and one woman, we went down a different route. Instead of one sentence (to protect our legal position around marriage law), we drew up a five page statement of our doctrine. And the reason we did so, was because we did not consider it wise to isolate one issue (a response to the introduction of same sex marriage) from the Bible’s wider teaching on marriage. We did not want in any way to allow people to get the wrong impression that there was some sort of hierarchy of sexual sin, where some were more acceptable and some were beyond the pale. So, rather than singling out gay sex, our statement addresses things like porn, polyamory, rape, forced marriage, and divorce, among other issues. And it tries to show how all these Biblical teachings about marriage and sex sit within the context of the Gospel of Jesus’ self-giving and sacrificial love for His Bride, the Church. Even our initial brief definition of marriage is rooted in the Gospel: ‘Marriage is a holy mystery consisting of the life-long union of one man and one woman instituted by God to reflect the love of Christ for His Church and ever pointing us to Christ and His Gospel.’

First and foremost, there’s the way it was published. This statement suddenly burst on the scene, fuelled by a slick website, and what looked very much to be a coordinated social media splash, hashtag and all. So, the statement was released in a way which seemed deliberately to draw the world’s attention to it. And in that it succeeded. Every American media outlet seems to have published stories about it, from the Washington Post to Salon. Even the mayor of Nashville felt the need to respond. And so, long before people read the statement, they encountered headlines about evangelical bigotry. Rather than reaching out with the gospel to the LGBT community, what’s been sent out instead is a massive round of stories that make it sound to LGBT people as if there’d be no welcome for them if they were to ever step into an evangelical church or meet an evangelical Christian. Of course, the Nashville Statement didn’t say that, and I’m sure none of those involved with it would ever want to give such an impression. But surely someone should have foreseen how the media would respond and what sort of impression of Christ and His Church this would give to LGBT people!

But secondly, there’s the question of why such a statement was deemed necessary in the first place. Most denominations have doctrinal statements on marriage. Even most non-denominational churches have a position on the matter. And the framers weren’t the competent doctrinal body of a church, commissioned by the church to write for the church.

The Preamble to the Statement says that it’s written ‘in the hope of serving Christ’s church and witnessing publicly to the good purposes of God for human sexuality revealed in Christian Scripture.’ So it seems like the ‘public witness’ is the true purpose of the statement. But why? The orthodox Christian position may often be misunderstood, but how many people are really going to read an entire theological statement like this in order to come to a fuller understanding? And even if they Google it to try and read it for themselves, they’ll be hard pressed to find it as it’s buried among a host of news articles characterising it as ‘Anti-LGBTQ’ or ‘bigotry-filled’! That’s the message that’s getting across to the ‘public’ rather than a good witness.

American evangelicalism is not the world’s evangelicalism, but it does have a tendency to export its issues, problems, and disputes (as well as some rather good things) to the rest of the world. And sometimes it even has a tendency to assume it’s at the centre of world evangelicalism. Recently I read a tweet by an American theologian claiming that Obergefell would probably be as defining a moment in church history as the Arian controversy or the Protestant Reformation. Now, I know who Arius was, and I know about the Reformation. But I had to look up Obergefell. Because I’m not American, and Obergefell is meaningless to all of us around the world who live beyond the jurisdiction of the U.S. Supreme Court (and many of us in countries which had already introduced same sex marriage before Obergefell).

The Nashville Statement is essentially an American statement for an American audience, published in a very American way. But unfortunately, on a very global platform. If it were intended to speak as a global statement, then where are the initial signatories from places like the Netherlands and Belgium, where the churches have had many more years of living in the context of legalised same sex marriage? Or why didn’t the timing of publication take into account the delicate political climate on the matter in Australia in the run up to the postal plebiscite?

Admittedly, not all the signatories are American. I did notice four British names on the list (all of whom, along with several of the American names which I recognised, are people whom I greatly respect and whose wisdom I greatly trust). But a smattering of non-Americans doesn’t make a global statement. Nor does the denominational (or non-denominational) affiliation of the majority of the signatories. Where are the Lutherans? The Pentecostals? The Anglican Archbishops from the Global South?

Although the framers may have defended its name by comparing it with Nicaea, unlike Nicaea this statement from Nashville doesn’t take into account the catholicity of the universal church.

American evangelicalism is essential a para-church phenomenon, and this statement is para-church statement. But para-church organisations and prominent evangelical voices, although they can issues as many statements as they like, can’t provide the Church with a doctrinal statement. Nicaea was a council of the bishops of the Church. Nashville wasn’t.

So here we have a statement that was not sought by any church body, nor drawn up by any proper church authority, and yet which is presented to the world as the voice of evangelical Christianity.

Some of the terminology in the statement is rather unclear. What is meant by “self-conception”? It’s not defined, and yet it’s a significant expression in the Statement. Does the expression apply in Article 7 to those believers who adhere to a Scriptural sexual ethic while referring to themselves as ‘celibate gay Christians’? If so, this statement is going much further than setting forth the orthodox Christian sexual ethic, and moving instead into the realms of what language can and cannot be appropriately used by Christians. And if that’s what it’s doing, then it would seem to be a statement dividing between orthodox Christians, and excluding a number of faithful brothers and sisters who have been reviled for their stand in adhering to a biblical ethic, despite their same sex attraction. Yes, I know, there have been discussions back and forth over vocabulary. But are our linguistic decisions on these issues really dividing matters of orthodoxy, or merely matters of wisdom? (I’d really encourage you to read David Bennett’s thoughts on the Nashville Statement, which give some careful consideration to this matter.)

And what about chastity? According to the statement chastity is only expected of the unmarried (Art. 2)! Yet the Scriptures explicitly command chastity of married Christians (e.g. Titus 2:5). (I suspect someone has mixed up the meanings of ‘celibacy’ and ‘chastity’, which is a common enough mistake in everyday language, but rather problematic in what is being presented as a careful doctrinal statement!)

I haven’t suddenly become a liberal. I’m not a revisionist. Rather, my concern over this statement is the concern of a fellow conservative evangelical. (I wasn’t going to write anything about this, as thankfully, the statement hadn’t been getting much attention on this side of the Atlantic, and it seemed best to leave it that way. But, alas, that’s now changed.) It’s an American statement which has burst on the scene in an American way. And this is not America. And sometimes, when you’re not in America, the American way is more of a hindrance than a help. (Actually, probably even in American the American way is sometimes more of a hindrance than a help!) Instead of grand public statements, let’s reach out to the LGBT people we know and love with the great mercy, grace, and love of Jesus.