On the Church and On Sin: With a (former) Tory MP and a Catholic Priest 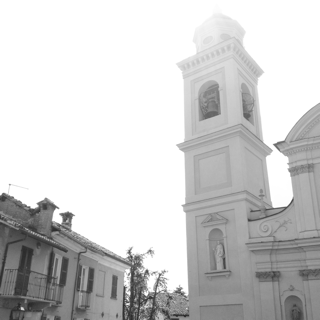 What with the Extraordinary Synod going on in Rome this week, the Roman Catholic Church has been in the news a bit of late. And as a result of all this pre-synod hype in the media, two Roman Catholics wrote two of the best articles I read last week. One was an article in the Catholic Herald by a priest. The other was an article in the Spectator by a former MP. You should read both of them. (But if you're not going to read both, then please at least read the second one!)

Now, maybe that seems a bit odd. I am, after all, both a Pentecostal pastor and an Ulster Protestant. And as such, I'm convinced that very significant aspects of Roman Catholic theology are seriously wrong. I still believe that justification by faith alone is the article on which the church stands or falls. But that doesn't mean we shouldn't read, and even learn from, Roman Catholics. Although we are justified by faith alone, it is by faith in Christ alone, not faith in the right formulation of the doctrine of justification!

Fr Alexander Lucie-Smith's article expresses something to which we so often officially believe, but practically forget: the ontological reality of the Body of Christ:


One needs to distinguish here between a group of people who are united sociologically (for want of a better word) and a group of people who are united in Christ, which is a theological reality. Unity in Christ is something we are always on the way to achieving, if we were not constantly impeded by our sins. Thus we should be in a constant state of repentance for our sins, in that they frustrate the unity that Christ prayed for and which He bequeathed us on Calvary... This is the true fault line: those who believe in the Body of Christ and our vocation to belong to it through baptism, and those who believe the Church needs to catch up with the world, and other such dreary clichés. St Paul had to put up with a lot of them, because he writes: “Do not conform yourselves to this age but be transformed by the renewal of your mind, that you may discern what is the will of God, what is good and pleasing and perfect” (Rom 12:2).That was sound advice in the first century, and it remains sound advice today.

Lucie-Smith's mention in there of sin as not only a personal problem, but also an ecclesiological problem (i.e. our sins impede our unity in the one Body of Christ), resonates too with the second article.

Louise Mensch has written in the Spectator an article which is, at the same time surprising, powerful, profoundly sad, and beautiful. And this is not an article by a priest or theologian, but rather by the ordinary (albeit prominent) Catholic in the pew. This is an ordinary believer dealing with sin and church and salvation and Jesus and grace. It's not someone rolling out the official line before the Synod, but rather someone who, in the eyes of the world, should be advocating change, doing the very opposite of all worldly expectations. And why? For the simple reason that she believes.
I didn't know Louise Mensch was a Roman Catholic until I read the article. I only knew of her from her short-lived, but prominent, parliamentary career. Yet, the words in this article aren't words you'd particularly expect from anyone with any prominence in the Palace of Westminster. For Mensch is not only a Catholic, but a believing a Catholic who believes both in the reality and seriousness of sin, and in the mercy of God.


If sin doesn’t matter, what was the point of the Crucifixion?

I know I am not a good Catholic ... Yet I am in good spirits, as I hope in God’s mercy.

I have the hope that one day I will be in a state of grace and able to receive Holy Communion again. I hope that, despite my ongoing sin, God nonetheless hides me in the shadow of his wings... I am a poor Catholic but I am also a believing Catholic.

So many voices want to convince us that sin is old-fashioned and too difficult a concept for 21st Century people to meaningfully grasp. Yet, here we have a cosmopolitan, Oxford-educated member of the metropolitan elite who not only grasps it, but truly believes it. No one is too modern for sin.

And the article is powerful, because she takes these things seriously and doesn't want a doctrinal compromise to make her life easier. Truth is of much greater importance than convenience, and no man may change the truth of God.


Where the Church can legitimately change is in matters of tradition and practice — but not doctrine or dogma.

Accept liberal arguments for the convenience of people like me, and you threaten the foundations of the Church.

And yet it's profoundly sad. For despite her hope in God's mercy, Mensch has no assurance. Despite her hope in God, she looks not only to Him, but also to Mary 'hope of sinners.' Alas, if only she knew that Mary's Son is the only hope a sinner needs. If only she knew that, through what Jesus has done for us, 'It is finished!' If only she had the great comfort that comes with God's declaration of 'righteous' in Jesus. I pray that one day soon she will.

But even in the sadness there is beauty. The stories about the eucharist which bookend the article might seem strange and confusing to Protestant eyes. While many Protestants might merely decry the transubstantiation implied, I actually think these two stories express something beautiful. Because, Louise Mensch isn't writing about transubstantiation here (after all, that's a term for a very technical philosophical/theological position). As a good Catholic, she presupposes it, but it's not really what she's writing about. What she's writing about is Jesus. She believes He's real. She believes in His power. She believes in His Cross. She believes that He offers Himself to us as our salvation. She trembles at His presence. And she hopes to receive Him again some day. May she, but not as the Host - as her Righteousness, as her Redeemer, as her sure and certain Salvation.
Labels: ecclesiology ethics marriage salvation sin