Abel was a Christian 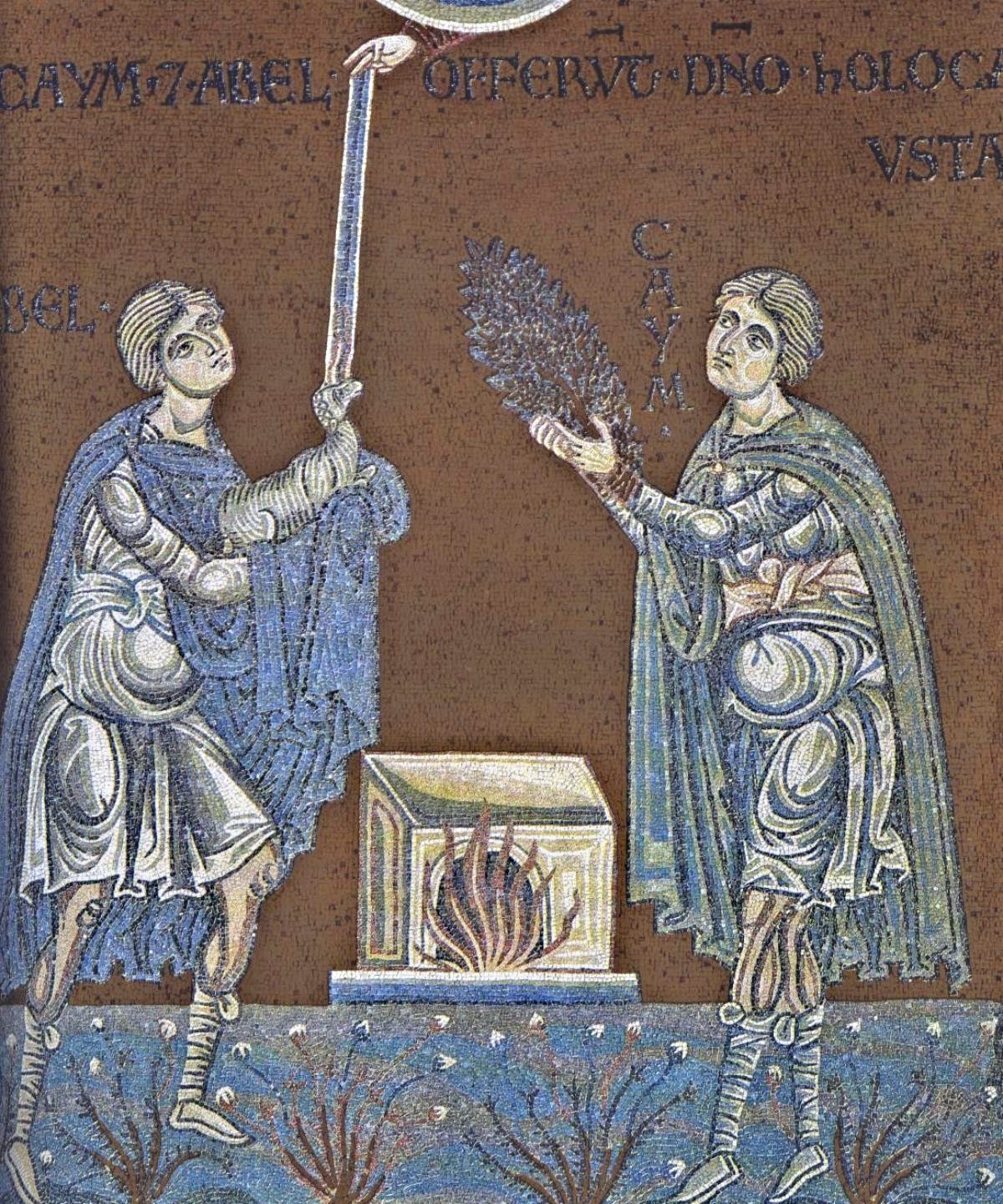 A while back I wrote about how Eve was a Christian. Well, her son Abel was a Christian too. We're not told about what happened while Cain and Abel were growing up, but it's clear that their mum and dad must have told them about the Lord Jesus. Undoubtedly Adam and Eve told the boys about what had happened in the Garden before they were born — about the Serpent, the Sin, the Sanction and the Saviour (Gen. 3). So that’s how the boys know about sacrifices.

So when the time came and Cain and Abel brought their own sacrifices, there was a difference between them. But what was the difference between their sacrifices? Well, there are two obvious differences in the text. Firstly, they bring different things (Gen. 4:3-4) and, secondly, the LORD looks on them in different ways. 'And the Lord respected Abel and his offering, but He did not respect Cain and his offering.' (Gen. 4:4-5)

But why the difference? It doesn’t say directly — so it must be sth obvious! Now, remember, the normal way to read a book is to start at the beginning and keep going. (I know that sounds very obvious – but sometimes we forget that with books of the Bible, and sometimes we know the stories very well outside the context of the biblical book they’re in.) So, normally you’d read Genesis 4 immediately after reading Genesis 3. And, when we see this contrast between plants and animals here in these sacrifices in Gen. 4, we’d have just read of a contrast between plants and animals in Gen. 3 — the contrast between fig leaves and the death of a substitute.

Adam and Eve had tried to cover their nakedness and shame with some fig leaves, but Jesus had given them the first animal sacrifice instead and shown them that only the death of a substitute would do. That was the beginning of sacrifices. That’s how Cain and Abel knew to bring a sacrifice. And what does Cain do? Instead of bringing the only sacrifice that the LORD God had instituted for them, he goes back to his father’s sinful attempt to make sth for himself out of plants.

Now, to understand why that matters so much, it’ll help us to understand a bit more about the point of sacrifices and how they worked. You see, a sacrifice wasn’t sth that people did to earn God’s favour. You weren’t bringing food to God to pay him off — that’s the pagan idea of sacrifices, not the biblical idea at all! Instead, in the Bible, Sacrifices function as Sacraments, like our Baptism and the Breaking of Bread. The weren't human works to earn salvation, but signs and seals of the Gospel, Visible Words pointing us to Christ and Him crucified.

So, that means the sacrifices weren’t about what Cain and Abel did. It wasn’t how good they were at performing the sacrifices that mattered. No! The Sacrifices were all about what Jesus would do! So, in other words, the sacrifices were expressions of faith in Jesus. (Now, that’s not saying that everyone who ever offered a sacrifice in the OT really had faith in Jesus. Just like with our sacraments today, there are people who go through the motions but don’t really believe.) But the point of the sacrifices was to look forward in faith to Christ’s once-and-for-all sacrifice. As Hebrews 10:4 tells us, 'it is not possible that the blood of bulls and goats could take away sins.' Jesus sacrifice was the real power behind the OT sacrifices.

So, knowing that, it helps us see a bit better this difference between Cain and Abel’s sacrifices. Abel offers the firstborn of the flock. He offers a blood sacrifice. He comes demonstrating his faith in the promised Substitute who would come to die in his place to free him from sin, death and the devil. In other words, what Abel offers shows us that he’s trusting in Jesus and His sacrifice.

Abel comes before the LORD saying, ‘Look LORD, this is the death that I deserve to die for my sins. But I trust in You to come and take it for me. I trust in what You’ll do for me.’ Cain comes before the LORD saying, ‘Look LORD at what I’ve done for You, growing you these nice crops.’ And that’s why the writer to the Hebrews tells us so plainly that the difference between Cain and Abel is faith. 'By faith Abel offered to God a more excellent sacrifice than Cain, through which he obtained witness that he was righteous, God testifying of his gifts; and through it he being dead still speaks' (Hebrews 11:4).

Jesus spoke about Abel when He pronounced His Woes on the Scribes and Pharisees in Matthew 23:34-35 and called him 'righteous Abel.' But how was Abel righteous? Not because of what he had done. We know that – because he’s bringing this sacrifice for sin. In bringing the sacrifice he’s admitting his sin and that he deserves to die for it. So it’s clear that the righteousness that Abel has is the righteousness that comes from faith.

Jesus doesn't only call Abel righteous; He also call Abel a prophet (Luke 11:50-51). But how? Abel never speaks in the book of Genesis! But he does proclaim the Gospel, and, as Hebrews 11:4 tells us, he still speaks today. Matthew Henry gives us a fantastic explanation of how Abel still speaks as Christ's prophet:

Abel, being dead, yet speaketh. He tells the heinous guilt of murder, and warns us to stifle the first risings of wrath, and teaches us that persecution must be expected by the righteous. Also, that there is a future state, and an eternal recompence to be enjoyed, through faith in Christ and his atoning sacrifice. And he tells us the excellency of faith in the atoning sacrifice and blood of the Lamb of God.


And notice this – Abel’s faith is a Christian faith! We’ve already seen that his mum was a Christian, but we can see here that Abel was a Christian too. How do we see that? Well, Abel trusted in the coming Saviour as his substitute to die in his place. Abel had Christ for righteousness through faith. So Abel believed the Gospel. And Abel knows salvation in Christ.
Labels: Genesis Jesus Old Testament salvation