Who will deliver us from 1994? (On Toronto and its lingering influence) 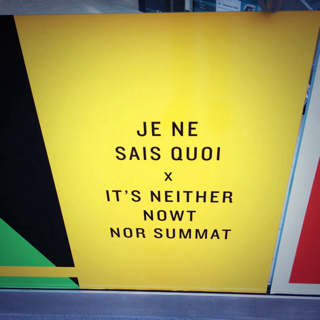 Matthew Hosier has written a fascinating piece looking back twenty years to 1994 and the ‘Toronto Blessing’ in the UK. I’m too young to know first-hand what was going on in 1994. At the time I was a child living in America. But ‘Toronto’ must have been a big thing at the time, for even as a child I was aware of it being out there. Yet, even though it didn’t have an impact on me in 1994, the influence of 1994 is so enduring that I haven’t been able to escape it ever since.

There are few statements that I remember from twenty years ago. Even major events like visits to the Grand Canyon , Niagara Falls, or Disney World from roughly twenty years ago have rather faded with time. Yet one statement from 1994 I have always remembered very well. A friend from church had invited my mother to go to a meeting with her. ‘Toronto’ had just broken out, and there were these meetings in a barn (I can’t remember if it was actually a barn, or just a place called ‘the Barn’ – I’m sure my childhood self had much more interesting concerns than the precise barniness of the place!) where they had this ‘Toronto Blessing’. Mum’s friend had been going along, and persuaded Mum to come once and see what it was like. Once was enough. I don’t really remember much about what Mum said about the meeting, or I might not even have heard (I might have been building Lego or something), but I do remember one statement she made: ‘They never mentioned Jesus.’ Apparently they liked to talk about God by using titles like the Ancient of Days, but didn’t talk about Christ.

Fast-forward a few years. Back in the UK, 1994 may have come and gone, but (as Matthew Hosier points out in his piece) the whole Toronto thing sort of rumbled on until the end of the decade. Now I was a teenager and so perhaps a bit more aware of what was going on, but still this rumbling on was largely in the background. And rumbling it was. The sort of rumbling that splits churches and causes disharmony, with people focusing on their perceived need to chase an experience and thus being distracted from Christ, His Cross and taking the gospel to the lost. The sort of rumbling where people would be discontent hearing God’s Word preached and taught, and want it over and done with so that there’d be time for wacky silliness (fire tunnels anyone?). The height of ‘Toronto’ may have been gone, but its fruit was lasting – it just wasn’t good fruit.

Even when I went to university it was rumbling on in the background. Although thankfully my college (perhaps because it was the smallest) was immune, many of the others had problems with division between two evangelical groups in the college – one with its emphasis on evangelism and Bible teaching, the other with its emphasis on experience. Essentially one pro-‘Toronto’ and one not. Toronto even played a role in what church I ended up going to at university. The charismatic churches in town belonged to very pro-Toronto movements, so I went Conservative Evangelical.

Fast-forward again. After finishing university I moved to a European capital, and arrived to find a small church, in an obscure, out of the way building. At first I just thought that that was how things were – this was, after all, a Protestant church in a Catholic country. When the dean of the local seminary heard what church I was going to, he told me that he used to go to that church. And it turned out a lot of people used to go to that church, for it had not so long ago been the largest, most thriving church in the capital. Now it was a small group of people hidden away in a run-down street. What had happened? Toronto. ‘The Blessing’ and its aftermath had torn the church apart. ‘Manifestations’ had replaced preaching; ‘experience’ had replaced the gospel, and the most thriving, growing church in a major European capital had imploded. It had even got to the stage where, if there was a prophecy in church, people would sit and chat through it, such was their hurt and fear coming out of the ‘manifestations’ that had dominated before. Thankfully, by God’s wonderful grace, that church is once again growing and thriving and is blessed with the ministry of a pastor who preaches the gospel and teaches the Word.

Now I’m back in the UK again. My church is a million miles from ‘Toronto’ (despite the vain efforts of a previous pastor who went to Sunderland to ‘catch the fire’ – thankfully when he tried to bring it back to Leeds, it didn’t take off one bit). And yet we can’t escape from the legacy of Toronto. None of us can, whether we were all for it at the time, or whether we were rather concerned (and yes, that is British understatement) at its unbiblical features. You see (as, once again, Matthew Hosier has pointed out in his piece), Toronto has so influenced British evangelical culture that all of us feel its impact.

How can churches and people who would have been suspicious of ‘Toronto’ be so influenced by it? Well, it’s not the ‘laughter’, the falling over, or the barking – nor is it the displacement of the sermon by the ‘ministry time’ (which, to go off on a slight tangent, is a rather ironic expression, when ‘ministry’ used to always, and in many places still does, refer to the sermon) that’s of such influence. Rather, it’s the more general ethos – the prioritising of experience over the Word, of feelings over the gospel. It’s the downplaying of doctrinal distinctives and the up-playing of one’s own – individual – personal response. It’s reflected in the songs we sing, the style of our music, the low-keyness of our evangelism, and in our preference for vague language (why talk about a precise doctrinal distinctive like ‘baptism in the Holy Spirit’ when you can just vaguely talk about moving in the Spirit’s flow? Why justification and sanctification when you can just talk vaguely in terms of deliverance?).

I think this prioritising of experience also lies behind what is perhaps one of the biggest shifts in evangelical piety – the replacement of the life-long process of sanctification with the ‘ministry time’. Rather than a slow process of dying to self and living to righteousness, we want the one-off experience of instantaneous transformation at the end of a service. Sanctification might be almost imperceptible in the short-term (though with a long-term view it has dramatic results), so we want the much more dramatic experience of instantaneous deliverance during a ‘ministry time’ instead. (This isn’t a critique of praying for people, and I’m not saying that God can’t or doesn’t intervene instantaneously in this way, rather my critique is with how we have made this THE normative pattern, almost as if it is the only way in which God works.)

Now, I realise that not all of this flows purely from ‘Toronto’. But ‘Toronto’ gathered these influences and ethos together and, in this country at least, brought them to a much wider audience. And so the lingering influence of ‘Toronto’ lives on, even far beyond those who were influenced by it back in 1994.

Which brings me back to 1994 and my mother’s visit to the Barn. ‘They never mentioned Jesus’, she said. Granted, it was an assessment of one meeting, but those words have stuck with me ever since. After all, the Holy Spirit’s role is to glorify Jesus (John 16:14), so any true move of the Spirit will bring glory to Jesus. And anything that distracts from Christ and His Cross can’t be a genuine work of the Holy Spirit.

And Jesus is the only one who can deliver us from 1994. Talking about Jesus – preaching Christ and Him crucified – is the only way we’ll find freedom from the creeping influence of the ethos of ‘Toronto’, for when Christ is held out in all His glory, then our momentary experiences, our fleeting feelings, our moments of madness, pale into insignificance. When our eyes are fixed on Jesus who died for our sins and rose for our justification, then how could we possibly content ourselves with chasing after laughter and fire tunnels?
Labels: church Pentecostal random musings