The Trinity and the Divine Attributes: Athanasius on Omnipresence 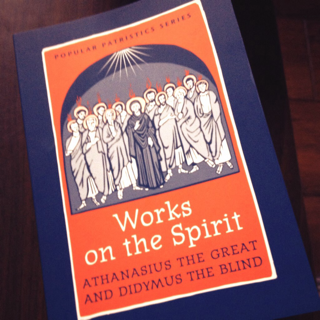 When I was a teenager I first tried to read a Systematic Theology. I got bogged down in a seemingly never ending few chapters on the divine attributes and paused my reading attempt until the next summer. Ever since then I suppose I’ve had a ‘complicated’ relationship with this one particular area of theology. It’s not that the attributes are unimportant or that the character of God is uninteresting. It’s more that we have a terrible tendency to take what should be interesting and exciting and make it, well, not.

You see, as Dorothy Sayers famously pointed out, ‘the dogma is the drama.’ In other words, Christian doctrine isn’t a series of abstractions or ‘timeless truths’, but rather it is the drama of redemption. We, on the other hand, have a wonderful propensity to turn this thrilling story into a series of dull bullet points and impenetrable philosophical discussions. And perhaps this is seen nowhere so clearly as in the doctrine of the divine attributes, for this is where we have a terrible tendency to lose sight not only of the drama but also of the very identity of the God of whom we speak.

You see, the God we’re speaking of in Christian theology is the Triune God. But how often does the Trinity bear any impact on our thinking concerning the divine attributes? Shockingly, some evangelical systematic theologies even count Trinity among the attributes, as if God’s very being as the Father eternally loving His Son in the joy of the Spirit were somehow the same sort of thing as omnipotence.

Which brings me to Athanasius. We need to relearn how to think of the attributes Trinitarianly, and perhaps the great Athanasius can help us with that. Let’s take omnipresence as an example attribute (because that’s the one I’m going to point to in Athanasius!). We tend to think something like this:

Here’s what Athanasius had to say in his own words:

This might not solve all our problems of non-Trinitarian thinking about the divine attributes, but at least Athanasius gives us somewhere to start!
Labels: Church Fathers divine attributes doctrine theology Trinity