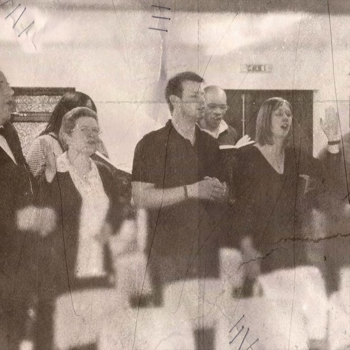 Today is Reformation Day. Admittedly, it’s not the biggest of non-official holidays (there even happens to be another unofficial holiday taking place today that’s getting all the attention, which explains why there were ghosts in the shop this evening instead of hammer wielding monks), but it is the unofficial holiday of which I am most fond.

You see reformation day isn’t about cards or presents or activities (and hopefully never will be!), but rather it’s simply a reminder in the year of one of the greatest events in the history of Europe, the Protestant Reformation, and what it stood for (helpfully summed up in 5 Solas). It’s an annual reminder of the power of God’s Word and of the glory of the gospel that we are saved by grace alone, through faith alone, in Christ alone, to the glory of God alone.


For some reason though, Reformation Day doesn't seem to be all that big a deal in Pentecostal and charismatic circles. Now, I’m sure that part of that is that we just tend not to be very historically rooted; we tend to forget about most of what happened in the life of the church either before the Welsh Revival or before the charismatic renewal. (In fact, sometimes it feels like we easily forget anything that happened in the life of the church before last Sunday!) And this aversion to history is definitely something we need to get over quickly (after all we profess that we believe in “the communion of the saints”, not just the communion of the saints who happen to be on earth at this particular moment).
Yet, fear of history isn’t the only thing that keeps us at a distance from reminders of the Reformation. Some Pentecostals and charismatics seem to be purposefully moving away from identifying with the heirs of the Reformers, whether with ecumenical goals or with a desire to be seen as distinct from Protestantism. Others are slipping away, by preaching more about what we’re doing than what Christ has done. Still others want to build identity on experience rather than belief (which I’ve seen worked out in practice as giving experience of speaking in tongues priority over clarity on the gospel!).

But, My intention isn’t to go about diagnosing our problems. Rather I simply want to point out today, on Reformation Day, that Pentecostals and charismatics have all the more reason to be properly Protestant than anyone else! (Yes, that is a bit of hyperbole, but indulge me.)

But in order to demonstrate that, he uses experiences they can see. They can’t see justification, but they can see the Spirit’s filling and the gifts of miracles. So, Paul’s saying, “Look, you had these great charismatic experiences, and what they’ve done is point you to God’s grace, because that’s where they find their origin. So, therefore, you should see that that’s how God does things. He freely gives what we don’t deserve, despite us!”

And the same is true today. The baptism in the Holy Spirit and the gifts of the Spirit, such as miracles, point us to Jesus. They are punctual reminders that every blessing we have from God comes to us by grace flowing from the Cross of Calvary. Why? Because when we realise what the baptism and gifts are, we know that we could never deserve them. Rightly considered, they can’t point us to our own merit, but only to Christ’s merit. (Although Matt. 7:21-23 warns us that they aren't always rightly considered.)

So, Pentecostals and charismatics have an ongoing reminder in their Christian experience that points them back to the grace of God. (Of course, that’s not to neglect the fact that we all also have the Word and sacraments to keep on pointing us to God’s grace.) and the continued reminder we have through the Spirit’s manifestation in the church today should make of us the most fervent supporters of the truths of the Reformation!

Labels: Baptism of the Holy Spirit Gifts of the Spirit justification Pentecostal salvation