The Glasses of Vision and the Glorious Gift 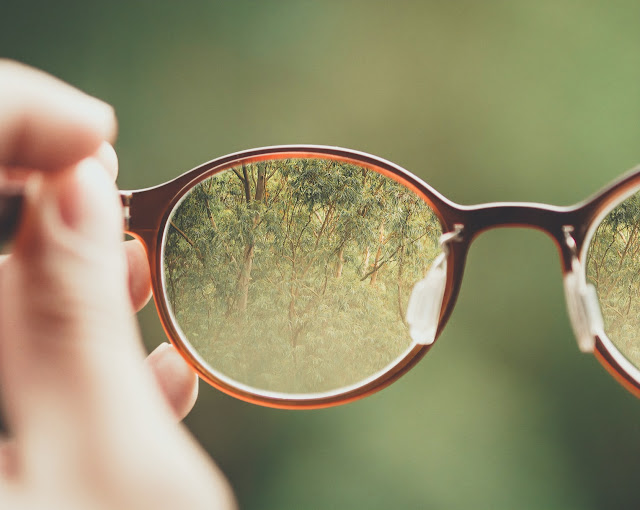 There was once a servant of the Lord who spoke much of what he would one day do. When he gathered with the other servants he showed them his glasses. ‘These are the glasses of vision’, he told them. ‘With them I can see a distant day. For now I have not inherited much. There are problems and there are few resources. But with these glasses I can see far beyond the problems I have inherited.’ And they marvelled with him at the glory of the glasses.

And behold, an angel of the Lord appeared unto the servant. ‘The Lord has given you a gift,’ said the angel, ‘and sent me to show it to you.’ The servant began to rejoice, and hoped this gift would bring the vision of the glasses to pass.

‘What wonder do you see?,’ asked the angel. ‘The ruin is no longer ruined,’ said the servant, ‘it is a little church, and it shines with the glory of God.’

‘Come,’ said the angel, ‘let us go down and see.’ So the angel led the servant down the hill to the shining church. As they came to the door, the angel told the servant to stop. ‘Take off your shoes before we go in,’ said the angel, ‘This is holy ground. For the Lord is here, and where He is is holy.’ Filled with wonder and joy in the sight of the dazzling glory which shone out from the little church, the servant quickly removed his shoes.

When they came back out, the servant could not recount what he had seen, for it was beyond telling. Now his heart was filled with awe, and with joy unspeakable and full of glory.

And with that, the angel took the glasses of vision out of his pocket, and snapped them in two. ‘These have been blinding you,’ he said.
Labels: church ministry