Tears at the Table: Symeon the New Theologian and my old Pentecostal Pastor 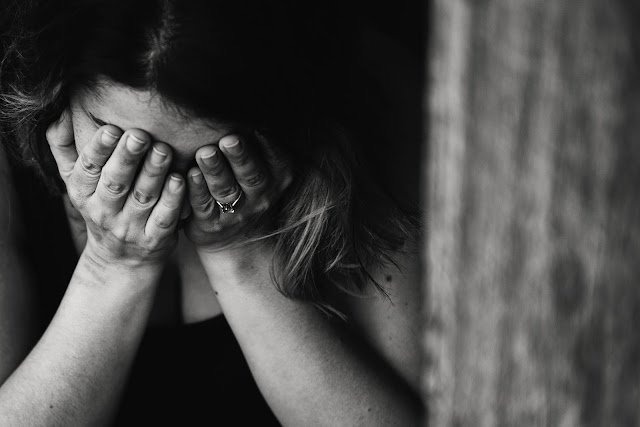 When I was first called to the pastorate, one of the things I’m glad I did was spend an afternoon with my own first pastor. And I mean very first: he moved away from Londonderry when I was only a few days old. But, before he went, he came up to the hospital to visit the new baby, and convinced the nurses to let him lift me out of the incubator to pray for me because I was sick. And he prayed, and I was healed.

Anyway, one not so summery afternoon in August, 27 years later, we had ice-cream and tea by the Welsh seaside and he told me some wise things for which I am very thankful. Lately, however, I’ve been thinking of one particular thing which he said, as I’ve been reading the same thought from about 1100 years earlier from the pen of Symeon the New Theologian. What observation did an elderly Welsh Pentecostal pastor make in common with a medieval Byzantine monk? ‘Our problem,’ said my pastor, ‘is that there are no longer any tears at the Lord’s Table.’

Symeon would have seen that as equally problematic. ‘Brother,’ wrote the New Theologian, ‘never communicate without tears!’ (Discourses, iv.1). For Symeon, these tears that were so needed at the Lord’s Table were tears of compunction: tears which flow from repentance.

No one ever became holy or received the Holy Spirit, or had the vision of God or experienced His dwelling within himself, or ever had Him dwelling in his heart, without previous repentance and compunction and constant tears ever flowing as from a fountain. (Discourses, iv.10)

Those who partake of the Lord’s Supper worthily are those who live in repentance and mourn their sins. ‘He who … spends his whole life with groanings and tears is most worthy, not only on the feast day, but every day … to partake [daily] of these divine Mysteries’ (Discourses, iv.13).

Now, don’t misunderstand tears at the Breaking of Bread. Tears at the Table are never tears for Christ. As Irénée Hausherr points out in his book on compunction (Penthos: The Doctrine of Compunction in the Christian East), ‘weeping for Christ is not Christian’ (p.6). Why not? Because at the Table we’re not mourning a dead Christ, but meeting with a living Lord.

Tears don’t mean that the Table is a sad place. Far from it! But tears do remind us that the Table is a serious place. These are not light and inconsequential moments that we spend in the presence of our Lord, but rather, here we have a powerful and holy encounter, as Isaiah had in the year that King Uzziah died (Isa. 6). When Isaiah saw that he was in the presence of the Lord, he cried out ‘woe is me!’ (Isa. 6:5). In the presence of the Holy God, Isaiah recognised the depths of his sin. And yet the Lord cleansed him and raised him up. And we too, as we come into the presence of our Holy God, as we gather around His Table, we see the majesty of His glorious holiness and that opens our eyes to the gravity of our sin and our need for His cleansing. Tears at the Table are a good thing, because tears at the Table flow from a recognition of the reality that we are meeting with the saving God who is majestic in holiness.