Pastoring as love for Christ 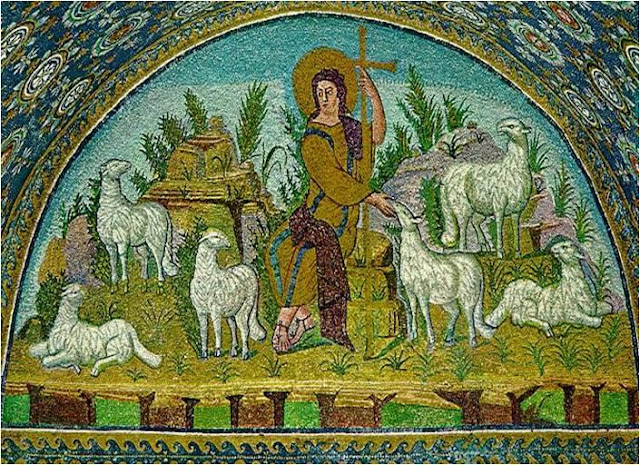 One of the oldest books we have on what it is to be a pastor is John Chrysostom’s Six Books on the Priesthood. John was ordained in AD 386, but this book was probably written at least five years before that. So it isn’t a book by a pastor describing his ministry; but rather, a book written by someone who had refused ordination to explain why he thought he couldn’t be a pastor.

The book (yes, I know it’s called Six Books, but ancient books were a bit different to ours, so the whole thing is one rather slim paperback volume in English translation) starts off with the strange account of John’s refusal to let himself be ordained. John sort of tricks his friend Basil into being forcibly ordained while he hides to avoid the same fate! And that sets up the rest of the book as John’s explanation to Basil of why he thought Basil should be a pastor and he (John) shouldn’t.

And right at the beginning of John’s explanation to his friend of why it was good for him to be ordained is love. Basil wants to know what good his friend thinks he had done to him through his trickery (in letting Basil get taken and ordained while fleeing from ordination himself). And John answers: ‘Why, what greater advantage could there be than to be obviously doing what Christ himself declared was proof of love for Christ?’ (p.52 - page references to Graham Neville's translation, Vol. 1 of the SVS Popular Patristics Series).

Christ’s words to Peter on the beach in Galilee after the Resurrection form the heart of John Chrysostom’s understanding of the pastorate (John 21:15-17). ‘The Master,’ Chrysostom writes, ‘asked the disciple if he loved him, not to learn the truth – why should he, who lives in all men’s hearts? – but to teach us how much he cares for the supervision of these flocks … And so, when the disciple said, “Thou knowest, Lord, that I love thee,” … the Saviour did not stop there, but went on to describe the proof of love.’ (pp.52-53).

Jesus, Chrysostom argues, repeatedly asked Peter this question, and repeatedly told him in response to feed His sheep, because He wanted Peter, and all of us, to see how much He loves His Church, and so that we too might show such great love and concern for the Church Christ loves. After all, Jesus shed His blood ‘to purchase the sheep’ which He now entrusts to pastors (p.53).

So, according to John Chrysostom, the pastoral ministry – feeding and caring for Christ’s flock – is a demonstration of love for Christ. And so true pastoring can only flow from great love for Christ (which in turn flows from His great love to us).

And this love will also determine the shape of the pastoral ministry. The pastoring that truly flows from the love of Christ will always be a ministry which feeds His lambs and tends His sheep (John 21:15-17). As a shepherd of sheep must fight against wolves and robbers, so a true shepherd of God’s flock must wrestle against principalities and powers, ‘against the spiritual hosts of wickedness in the heavenly places’ (p.55, quoting Eph. 6:12), and against the works of the flesh. Just as a shepherd must treat the sicknesses of the individual sheep, so too the shepherd of Christ’s flock must apply the correct medicine of the life-giving and healing Word to individual stumbling and sinning ones among the Lord’s sheep. And so, the true pastor ‘must not overlook any of these considerations, but examine them all with care and apply all his remedies appropriately, for fear his care should be in vain’ (p.58).

A pastor shepherding out of the love of Christ will shepherd like Christ, the Good Shepherd. And so, like the Good Shepherd of Jesus’ parable, if a sheep wanders astray, he goes after it to find it, and carries it home upon his shoulders (Luke 15:4-7). John warns that this is an even more difficult task for the pastor than for the shepherd of sheep, for the shepherd can force the sheep to come back, but the pastor ‘cannot drag by force or constrain by fear, but must by persuasion lead him back to the true beginning from which he has fallen away’ (p.58). And so the pastor needs ‘a heroic spirit, not to grow despondent or neglect the salvation of the wanderers’ (p.58).

Having drawn his arguments from John 21 and Luke 15, Chrysostom turns finally to John 15:13, where Jesus says, ‘Greater love has no one than this, than to lay down one’s life for his friends.’ If the pastoral ministry flows from the love of Christ, then the life of the pastor will be a life laid down for others. The pastor will ‘throw [himself] into the midst of peril’ for the sake of others, even without being asked (p.63). The pastoral life is not “your best life now”, but a life constantly being poured out for Christ’s flock, out of love for Christ and those who belong to Him.