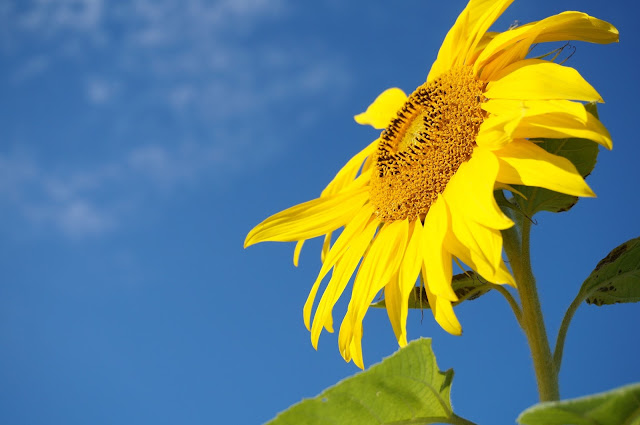 Last time we had a look at what biblical mediation is. So today let’s think about why Christians are to meditate. And there are a few good reasons. Here’s the first:

Reason 1: Meditation is a Characteristic of Believers

We’ve learnt about what meditation is from looking at Mary in Luke’s Gospel. And that’s not all Luke’s Gospel has to tell us about meditation. Jesus’ explanation of the Parable of the Sower in Luke 8:11-15 tells us something significant about the Word, the saved, and meditation. Jesus says that, in the parable, ‘the seed is the Word of God’ (Lk 8:11). And He explains that various types of soil where the seed doesn’t grow up into a thriving harvest represent various types of people who hear the Word, but who don’t keep the Word in their hearts (Lk 8:12-14). But, the good soil – the soil that brings forth abundant fruit, represents ‘those who, having heard the word with a noble and good heart, keep it and bear fruit with patience’ (Lk 11:15).

So, Jesus is saying that those who persevere in the faith are those who keep the Word in the hearts. And that’s just what Mary did when she ‘kept all these things and pondered them in her heart’ (Lk 2:19), which, as we’ve seen last time, is the very essence of biblical meditation. And it’s just what we’re all encouraged to do in Psalm 119 (see verse 11). Therefore, meditation on the Word – keeping the Word of the Lord in our hearts – goes together with continued faith in the Lord Jesus.

Maybe that sounds a bit odd, but just think about what Jesus Himself said: ‘If you abide in My word, you are My disciples indeed. And you shall know the truth, and the truth shall make you free.’ (John 8:31-32). Jesus says that His disciples – those who belong to Him and follow Him – ‘abide’ in His Word. They don’t just happen to hear the Word from time to time. No! They abide in it. It’s in Christ’s Word that His disciples live and find their lives.

Abiding is something ongoing; it’s a continuous state. If I go on holiday, I don’t ‘abide’ in the hotel. No, I just stay there for a while. But I abide in my house; it’s where I continually dwell, where I constantly live. And so Jesus’ disciples continually dwell and constantly live in His Word. Or, to borrow the words of the Psalmist, they meditate in it ‘day and night’ (Ps 1:2).

A few verses later in John 8, Jesus draws a contrast with those who are His enemies. While His disciples abide in His Word, Christ’s enemies are those in whom His Word ‘has no place’ (Jn 8:37). The Word of the Lord has no place in those who are against Him, but those who are with Him find their place in His Word. It’s the division that goes all the way back to the Garden of Eden, between those who entrust themselves to the Word of the Lord and those who question and ignore the Lord’s Word; the division between belief and unbelief, between faith and sin.

The prophet Malachi also points to meditation as a characteristic of believers:


Then those who feared the Lord spoke to one another,
And the Lord listened and heard them;
So a book of remembrance was written before Him
For those who fear the Lord
And who meditate on His name.
“They shall be Mine,” says the Lord of hosts,
“On the day that I make them My jewels.
And I will spare them
As a man spares his own son who serves him.”
Then you shall again discern
Between the righteous and the wicked,
Between one who serves God
And one who does not serve Him. (Malachi 3:16-18)

So, meditation characterises believers. Now, that’s not to make meditation some sort of work we have to accomplish in order to get saved. We’ve already seen (in the last post) that meditation isn’t supposed to be some burdensome duty, but rather a way in which we delight in the Lord and in His Word. The Bible does not say, if you learn how to meditate and practise it regularly you’ll be saved – not at all! It says ‘believe on the Lord Jesus Christ, and you will be saved’ (Acts 16:31). But meditation flows from, and expresses, faith in Christ, for it’s a way in which we entrust ourselves to the Lord and to His Word, and delight ourselves in the God of our salvation. It’s a way in which we keep our eyes fixed on Jesus, ‘the author and finisher of our faith’ (Heb. 12:2). It’s a way of rejoicing in the Lord always, in every circumstance.

(Okay, this post has gone on long enough, so we’ll leave thinking about some more reasons to meditate for the next time.)
Labels: meditation