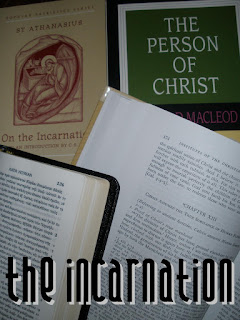 The Incarnation is when God the Son became man, and so became the God-Man, fully God and fully Man in two distinct natures but one person.
So, why did God the Son become incarnate?
Well, here are 4 easy to remember reasons:
Now, clearly that's just a brief summary and not a comprehensive statement of the doctrine, but hopefully it will help you remember.
Why did the Word become flesh? Revelation, Salvation, Destruction & Motivation.
Labels: Christology doctrine salvation Tenets theology